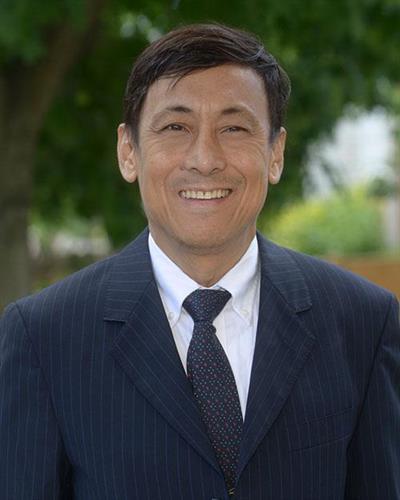 Manifolds are the higher-dimensional analogues of curves and surfaces. For more than twenty years I have been studying the geometry and topology of manifolds.

In my younger days what attracted me to mathematics was its universality, aesthetics, applicability, and certainty. It is reassuring that the theorems discovered by the Greeks more than two thousand years ago remain relevant and true today, in contrast to the natural sciences where so many theories have been discarded over the centuries. Today I think of mathematics as part of our collective cultural heritage.

I'm particularly interested in the interplay between algebra and geometry. Algebra makes precise what geometry can only intuit. Two surfaces might look the same visually, but when described with algebraic equations, their differences become apparent.

My current research focuses on localization theorems. What this means is that often all the relevant information about a manifold is encoded at a few special points, and I seek to discover situations when this is true. For example, when the earth rotates, there are two special points, the north and south poles, which remain fixed. It turns out that the topology of the earth can be gleaned from information coded at these two fixed points.

Higher-dimensional geometry is fundamental to our understanding of the universe. After several centuries of religious and scientific controversies, we all know now that the earth is round, but is the universe flat or curved? That is still an open question. How many dimensions has the universe? According to the latest physical theory, the string theory, the universe might have many more than four dimensions. What is the shape of the universe as a geometric object? The mathematics behind these tantalizing questions continues to serve as a beacon for my research.