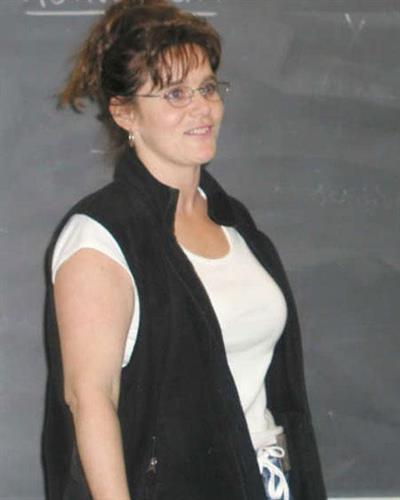 To understand what I study, it is important to understand how I came to study the subject. I was originally recruited to graduate school to work on a project with Professor DeWitt Sumners that involved applications of topology to DNA research. The idea is that biologists can take pictures of DNA using a special microscope but once they have the pictures, they have to be analyzed. Such a picture is a two dimensional projection of a configuration of strands in three dimensional space. It is a well developed theory of mathematics called knot theory which studies such configurations. In particular, the question of whether two such configurations are the same is a difficult math problem. Imagine taking just one very long piece of string that has been bunched up very tight. If you pull the two ends of the string, you could end up with a straight piece of string or one with a big knot in the middle. How do you know which one of these you will get only looking at the original bunched up string? To a given configuration of strands, one can associate a mathematical object called a group. It is an important theorem that says two configurations are the same if and only if they have the same associated group. So while studying under Professor Sumners, I encountered the subject of group theory and became completely fascinated with this subject on its own.

The concept of a group arises quite naturally in the study of geometric objects. The set of symmetries (or rigid motions) of a geometric object form a group because if you do two or more of these in succession, you get another. For example, there are 8 symmetries of the square but all 8 can be constructed as a combination of a rotation by 90 degrees and a flip through the center axis. Thus you only have to know these two to understand all 8. Likewise, any rigid motion of the standard Euclidean plane can be constructed using a combination of horizontal translation and rotation about the origin. These two motions allow you to describe the infinitely many rigid motions of the plane. Computing the symmetry group of two geometric objects can also distinguish between the objects as in the case of the knots. If the groups are different, then the spaces are different. Showing two groups are different is sometimes an easier problem than directly showing the spaces are different.

During the second summer of graduate school, I took a course on fuchsian groups. These are groups of rigid motions of the non-euclidean (or hyperbolic) plane. In this course, we used a combination of geometry, group theory, and topology which were my favorite subjects from my elementary graduate work. I asked the Professor if he could suggest some research papers for me to read which would take me beyond the material in the course. He gave me several articles which outlined a new approach to studying a class of groups that are similar to fuchsian groups only much more general. In particular, this class includes many of the knot groups that first got me to graduate school in the first place! This area of research is called Geometric Group Theory and it has been a very popular and productive area of research for the past 25-30 years. As with many areas of mathematics, the beauty of the subject comes from many simple ideas from different disciplines woven together to reveal powerful new tools for solving problems.