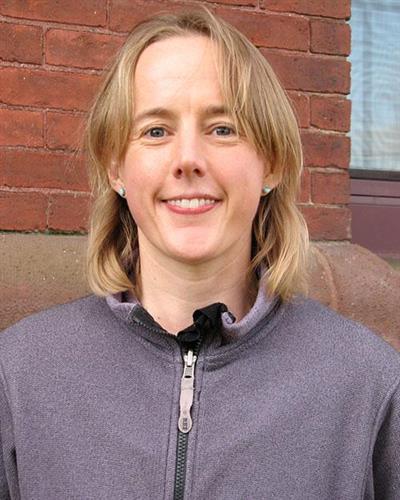 I was trained (if a mathematician can be trained) as a 3-manifold topologist. Work that came out of my thesis showed that hyperbolic 2-bridge knot complements are virtually fibered. The relevant point is that every 2-bridge knot complement has a finite cover which is very nice geometrically: it is the complement of a link of great circles in S3S3. I've studied when a 3-manifold has a cover which contains an embedded incompressible surface, by using eigenspaces of covering group action. That every closed hyperbolic 3-manifold has such a cover is known as the virtually Haken conjecture. My current research on knot complements studies the question of commensurability: When do two manifolds or orbifolds have a common finite-sheeted cover? Commensurability is an equivalence relation on manifolds and orbifolds which is very rich even when restricted to knot complements. It tells us a lot about the geometry of the knot complement. For example, the shape of the cusp of a knot complement restricts its commensurability class.

Recently, I've been working on some questions about groups generated by involutions and the type of spaces they can act on. When does a right-angled Coxeter group act by reflections in hyperbolic space? When does the automorphism group of a reflection group act on a CAT(0) space? My approach to these group theoretical questions is deeply influenced by 3-dimensional hyperbolic manifolds and orbifolds. In turn, geometric group theory informs my research on manifolds and orbifolds.