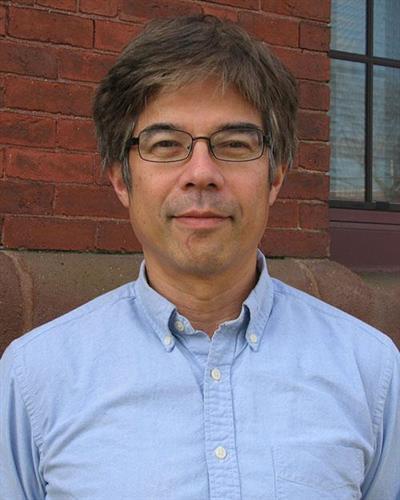 Principally, I study two subjects in pure mathematics: harmonic analysis and integral geometry. The first field has a long history, dating back to Leonhard Euler's work on Fourier series back in the 1740's. The second is almost equally old, with roots in the geometric probability methods used to solve Buffon's needle problem in 1777.

In harmonic analysis, we learn how to decompose phenomena, expressed mainly by functions, into simpler constituents, as determined by the geometry of the space in which the phenomena occur. Thus, for instance, a human voice or the sound a violin makes can be decomposed into "pure" tones in order to be analyzed more effectively. Likewise, a fingerprint or any other two-dimensional picture can often be decomposed into simpler constituent functions.

One application of this kind of analysis is that it allows us to remove the "noise" associated with measured data. Another application, which forms the subject of my research, involves the reconstruction of functions from indirect data, such as their averages over curves or surfaces. This subject, integral geometry, is a large and active area in mathematics. The archetypal problem in this subject is as follows: how does one reconstruct a function in the plane from its averages over lines in the plane? The solutions to problems like these have many applications, for example in medical imaging and sonar.

I decided to pursue math as a profession when I was in college; when I went to graduate school I didn't really have any idea about what I should be interested in until I took a fantastic course taught by the professor who became my Ph.D. thesis adviser. It was an introductory course on integral geometry, and it was taught with the right combination of rigor and geometric intuition that was very appealing to me. It also helped that the class had some really bright and talented students, with whom I could discuss the mathematics being taught, and who have now become some of the world's top experts in integral geometry and related fields.

The thing that fascinates me about integral geometry is that one needs to know "a little bit of everything" in order to do research on the subject. In conjunction with this, one finds research problems in it which requires the collaboration of mathematicians whose expertise lies in disparate fields. Thus my main research collaborator, a Japanese mathematician from Tsukuba University named Tomoyuki Kakehi, is an expert in partial differential equations, which I know very little about. Likewise, Kakehi knows very little Lie group theory, a mathematical area I am familiar with.