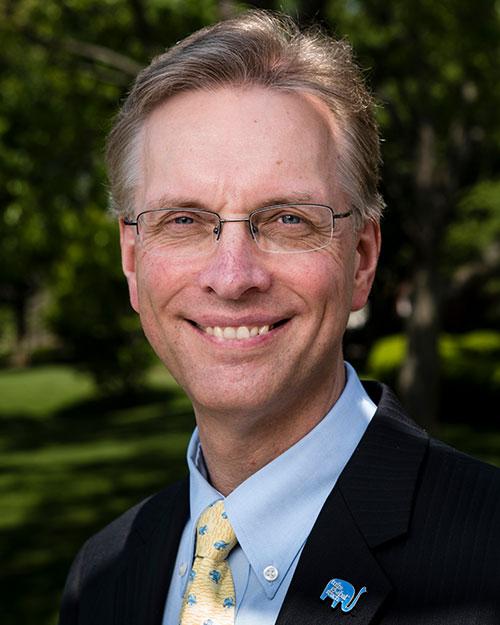 While studying physics at the Technische Universität Berlin, I was awarded a Fulbright Scholarship, which led to me obtaining an M.A. in mathematics from the University of Maryland in College Park. I have been at Tufts University since completing my doctorate at the California Institute of Technology in 1989. During research leaves I have multiple times held visiting appointments at the Institut des Hautes Etudes Scientifiques near Paris, the Institut de Recherche Mathématique Avancée and the Collège Doctoral Européen in Strasbourg, the Eidgenössische Technische Hochschule in Zürich, and the Graduate School of Mathematical Sciences of the University of Tokyo. I have also held the Jean Morlet Chair at the Centre International de Rencontres Mathématiques in Marseille, and I have served within the governance of the American Mathematical Society, the American Statistical Association and the Mathematical Association of America, and on the Steering Committee of the Boston Higher Education Innovation Council. I serve as founding editor of the Journal of Modern Dynamics (from 2007), Founding Editor in Chief of Mathematics Research Reports (from 2020), and as Secretary of the American Mathematical Society (from 2021). In the Faculty of Arts, Sciences and Engineering at Tufts I have chaired numerous standing faculty committees as well as committees created for accreditation and for strategic planning. My administrative roles at Tufts University have been chair of the Department of Mathematics and Associate Provost.

Dynamical systems is the mathematical theory of systems, such as in classical dynamics, that evolve in time. The motivations for this field come from classical and celestial mechanics as well as, more recently, from population dynamics, meteorology, economics, physiology, neuroscience, medicine, genomics, i.e. all across the natural and social sciences. In the modern theory of these systems the central aim is often to answer qualitative questions about long-term behavior directly from a study of the governing laws rather than through explicit expressions of the evolution itself. The grandest of these questions is whether the solar system is stable (or whether instead, the earth might, without external influences, leave the solar system for good at some point). Just over 100 years ago this question started the modern theory of dynamical systems and led to the first glimpse of "chaos", and it led to another quantum leap, the KAM-theory of "order", in the 1950s. "Chaos theory" is a popular name for the study of dynamics in which the cumulative effects of the tiniest discrepancies grow exponentially over time and give rise to behavior that looks random and unpredictable. (If two people with different calculators start with $x=0.3$, compute $4⋅x⋅(1−x)$, and repeatedly apply the same formula to the output of the previous step, they will likely quite soon find wild mismatches between their results due to accumulated deviations from differences in rounding.) Hyperbolic dynamics is the mathematical study of these systems, and much of my work has been in uniformly hyperbolic dynamics, which represents this sensitivity to initial conditions in the purest and strongest way and has been called the crown jewel of dynamical systems.

For a pure mathematician this is a beautiful subject to study because in these systems the truly messy long-term behavior of any particular time evolution coexists with smooth and orderly global structures in the space of possible states whose study on one hand provides a way of understanding the possible long-term behaviors and on the other hand can provide insights into the origins of the system, such as, whether it arises from an algebraic system. It is an exciting field because in addition to intrinsic beauty it provides interactions with other fields of mathematics (mostly differential geometry, but also number theory and coding theory, for example). Moreover, the study of hyperbolic dynamics blends into the study of real-world systems with complex behavior, providing methods and concepts to the sciences for describing, classifying, studying and understanding chaotic behavior, such as the intrinsic difficulty of weather prediction or the diagnosis of an impending heart attack from the decreasing (!) complexity of a patient's heart beat, but also the exquisitely subtle design of chaotic trajectories for recent spacecraft missions.

My research, undertaken with colleagues from several continents, is in the modern theory of dynamical systems, with an emphasis on hyperbolic phenomena and on geometrically motivated systems. I also write expository articles, write and edit books, and organize conferences and schools. Information about my publications can be viewed on MathSciNet by those at an institution with a subscription. Among my 5000 published pages is Introduction to the Modern Theory of Dynamical Systems, one of the most cited mathematics books. Former doctoral students of mine can be found in academic positions at the Northwestern University, the University of Michigan, the University of New Hampshire, and Queen's University.

Regularity of the Anosov splitting
Over 25 years this project studied properties of the characteristic geometric structures in hyperbolic dynamical systems notably in relation to geodesic flows, rigidity, and fractal dimension. My coauthors are Gerber, Fang, Foulon, Keesing, Schmeling, and Wilkinson. The resulting publications included:

Ergodic theory of hyperbolic systems
In the 1980s and again in 2013-14 I studied properties of invariant measures in hyperbolic dynamics, first came "A Construction of the Margulis measure for Anosov flows," and recently, with Yves Coudène and Serge Troubetzkoy, "Multiple mixing from hyperbolicity by the Hopf argument."

Topological dynamics
In the main this involved a study of entropy theory with Zbigniew Nitecki and James Propp that resulted in the publication "Topological entropy for nonuniformly continuous maps," which shows how much the classically equivalent definitions diverge when one goes beyond uniform continuity. With Keith Burns I revisited a famous classical insight for one-dimensional maps in "The Sharkovsky Theorem: A natural direct proof."

Pointwise hyperbolicity implies uniform hyperbolicity
This project with Yakov Pesin and Jörg Schmeling is particularly interesting for the way in which it connects descriptive set theory with dynamical systems.

Differentiability of the Hartman–Grobman Linearization
This project with Misha Guysinsky and Victoria Rayskin showed in that near a hyperbolic fixed point the phase portrait looks geometrically just like the linearized one.

Degree-growth of monomial maps
This project with James Propp was my sole foray into algebraic dynamics.

Aaron Brown "Rigid properties of measures on the torus: smooth stabilizers and entropy" (2011)
This produced astonishing rigidity results for the structure of hyperbolic measures as well as tools that have since led to significant progress in the Zimmer program. The publications from this time are "Constraints on dynamics preserving certain hyperbolic sets," "Nonexpanding attractors: Conjugacy to algebraic models and classification in 3-manifolds," and "Smooth stabilizers for measures on the torus."

Donald Plante "On the interior of fat Sierpiński gaskets" (2012)
This led to the eponymous publication which provided new ranges of contraction parameters for which these gaskets have nonempty interior.

Harrison Bray "Dynamics of low-regularity Hilbert geometries" (2016)
This is a remarkable case study of manifolds that are not Riemannian (but Finsler), nonpositively curved but not CAT(0), and whose geodesic flows are nonuniformly hyperbolic but not C1 nor volume-preserving. The toolkit developed for this purpose will support not only deeper study of this subject but investigations well beyond it.