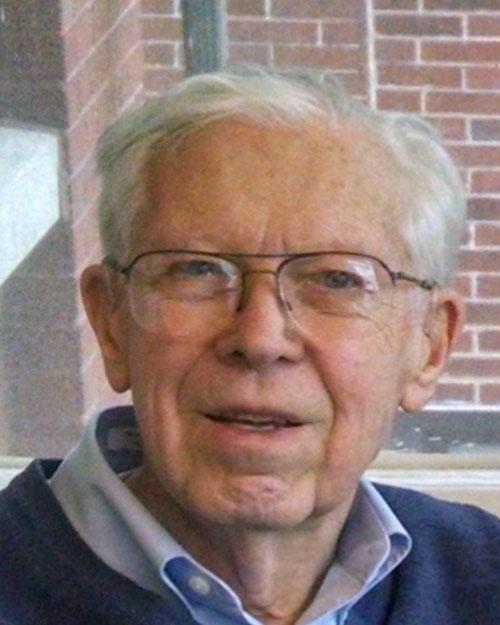 William Reynolds has published 23 scholarly papers in some of the world's premier Mathematics journals. He has contributed particularly to three areas in the theory of representations and characters of finite groups. His study of the relation between blocks in groups and in their subgroups and quotients is fundamental to the field. His work on projective representations (of which the spin representations used in mathematical physics are an example) extended the theory to algebraic number fields. His explication of the relation between isometries and characters, a topic arising from the classification program for finite groups, was subsequently taken up by other workers in the field who absorbed and generalized his results. Reynolds' work was funded continuously from 1965 to 1974 by the National Science Foundation, and was recognized by Tufts in his appointment as William Walker Professor of Mathematics in 1970.

Professor Reynolds graduated from Boston Latin School and received his A.B. (summa cum laude) from the College of the Holy Cross in 1950. While there he scored among the top ten nationally one year, and received honorable mention the next year, in the William Lowell Putnam Mathematical Competition. He went on to graduate work at Harvard University, receiving his A.M. in 1951 and his Ph.D. in 1954. He was elected to Sigma Xi, the science honor society, in 1953. His Ph.D. dissertation, entitled "On finite groups related to permutation groups of prime degree", was written under the direction of Richard Brauer, widely recognized as one of our century's great mathematicians.

Tufts University has benefited from the loyal service of William F. Reynolds, the William Walker Professor of Mathematics, as scholar, teacher and administrator over a period of 41 years encompassing enormous changes in our institution, to many of which Professor Reynolds contributed.

Reynolds began his teaching career as a Teaching Fellow at Harvard from 1951 to 1954. During 1954-5 he divided his energy between acting as Instructor at Holy Cross and as Research Assistant to his former thesis advisor at Harvard, with whom he wrote an important paper that appeared in 1958. From 1955 to 1957 Reynolds held a prestigious C. L. E. Moore Instructorship at the Massachusetts Institute of Technology. He came to Tufts in 1957 as Assistant Professor in Mathematics; he was promoted to Associate Professor in 1960 and to Professor in 1967.

When Professor Reynolds arrived at Tufts in 1957, the undergraduate body was roughly half its present size, consisting of 1100 Liberal Arts men, 500 Jackson women, and 575 Engineering students. Freshmen still wore beanies. The teaching load in the Mathematics Department was four courses per semester. The first classes of the day began at 8:00 a.m., and Saturday was a class day.

Professor Reynolds set to work modernizing the curriculum in Mathematics. He replaced outmoded courses in the Theory of Equations and in Matrices and Groups with the one-year sequence in abstract algebra which remains (as Math 145-6) a cornerstone of the present concentration in Mathematics.

Professor Reynolds played a crucial role in the establishment and development of Tufts' graduate program in Mathematics. The Masters' program began in 1963 and the Ph.D. program in 1968. Reynolds served on the department's graduate committee for l5 years, 9 of them as chair of the committee and director of the graduate program. Three Masters' theses and one Ph.D. dissertation benefited from his personal direction.