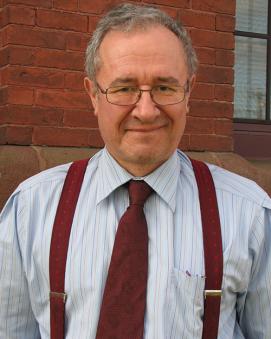 Mauricio Gutierrez was born in Bogota, Colombia in 1946. He completed his undergraduate studies at the Universidad de los Andes in 1966, and his graduate studies (MS, 1968; PhD, 1970) at Brandeis University, with a dissertation under the direction of Jerry Levine. Before joining the Tufts faculty in 1977, he held positions at Universidad Nacional Autónoma de México, Mexico City, the Institute for Advanced Study, and Queens College of the City University of New York; over the course of his career, he held visiting positions at the Institute for Advanced Study, SUNY Stony Brook, Penn State, Dartmouth College, and a number of universities in Italy (Naples, Perugia, Milan, Bicocca and Salerno). He was also a Fulbright Scholar at two universities in Colombia (Medellin, Armenia).

Mauricio was a dedicated researcher and authored or coauthored three dozen research papers on knot theory and geometric group theory. He was an active participant in the weekly Geometric Group Theory and Topology seminar in the Math department and was an informal mentor to many of the younger faculty and graduate students -- including publishing joint work with every one of our postdocs and Norbert Weiner Assistant Professors in this area. This is evidence of his knack for asking the right questions to the right people. He was passionate about how mathematics should be written and spent many hours helping graduate students with this aspect of their thesis writing. In the last few years before he retired, he generously shared his micro research funds to support students. His enthusiasm for discussing mathematics was infectious and his vibrant personality made it so much fun to hear what he had to say.

On a personal level, Mauricio’s colleagues and students have many stories about him. He was known as Mo because he knew that students would invariably butcher his name. Most of his colleagues called him this as well. He had nicknames for many colleagues and, as one noted, "he never called me by my real name." He was a Renaissance man who did everything with passion. He loved opera, especially Wagner, and named his two beloved cats Fafner and Fasolt after two giants in The Ring Cycle. Mo was an excellent linguist. He developed a passion for Italy and quickly learned Italian, spending many summers in Rome, one of his favorite places in the world. At one point he rediscovered his Catholic faith but was strongly opposed to the modernization embraced in Vatican II. In fact, Mo taught himself ancient Greek so he could read the early texts of the Christian New Testament in their original language. Many remember Mo’s devotion to the New York Times crossword puzzle, matched equally by his disdain for technology. His hatred of those "expletive computer science machines" abated only when he learned he could access the NYT puzzle online. Mo was also adventurous. His foray into downhill skiing was done with great abandon, resulting in a back injury, which was treated with bed rest and sippy cup martinis. Mo loved to laugh and left most of us laughing too. 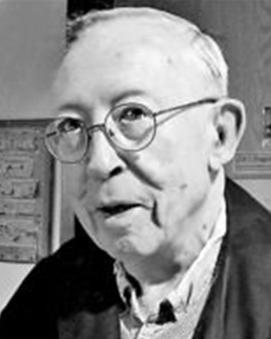 George Leger passed away in January 2019. During his 40 years of service at Tufts, Professor. Leger had a profound influence on the development of the Mathematics faculty, and through it on the achievement of that unique balance of teaching and scholarship which characterizes our institution today. When George decided to step down as Department Chair, President Jean Mayer wrote "You have done a splendid job in building a strong mathematics department...The University and I in particular are extraordinarily grateful to you for your dedication and your judgment."

George Leger completed his BS in 1945 at the University of Pittsburgh and his graduate work (MS, 1948, PhD, 1951) at the University of Illinois. Leger's PhD thesis, under the direction of Gerhard Hochschild, was entitled "On the Cohomology of Lie Algebras"; the major results were obtained independently by Koszul. He began his professional career as supervisor of the Applied Mathematics section at Bell Aircraft, then held faculty positions at Syracuse University, the University of Pittsburgh, and Western Reserve University, as well as a Research Fellowship at Harvard University, before coming to Tufts in 1963. He was promoted to Professor in 1965, named the Robinson Professor of Mathematics in 1974 and retired in 2004. Most of Leger's 21 papers were published in highly prestigious mathematics journals, and study the structure of Lie algebras by means of operators called derivations and algebraic objects called cohomology groups. His results have, in particular, contributed in a significant way to our current understanding of Lie algebras. Two unusual items in his bibliography are a 1975 article (in French) in the Comptes Rendus of the Academy of Sciences, Paris and a 1985 paper with Andrew Plaut (in biochemical English) in the journal Molecular Immunology. Also of note is his long and productive collaboration on Lie theory with Eugene M. Luks, professor of computer science at the University of Oregon.